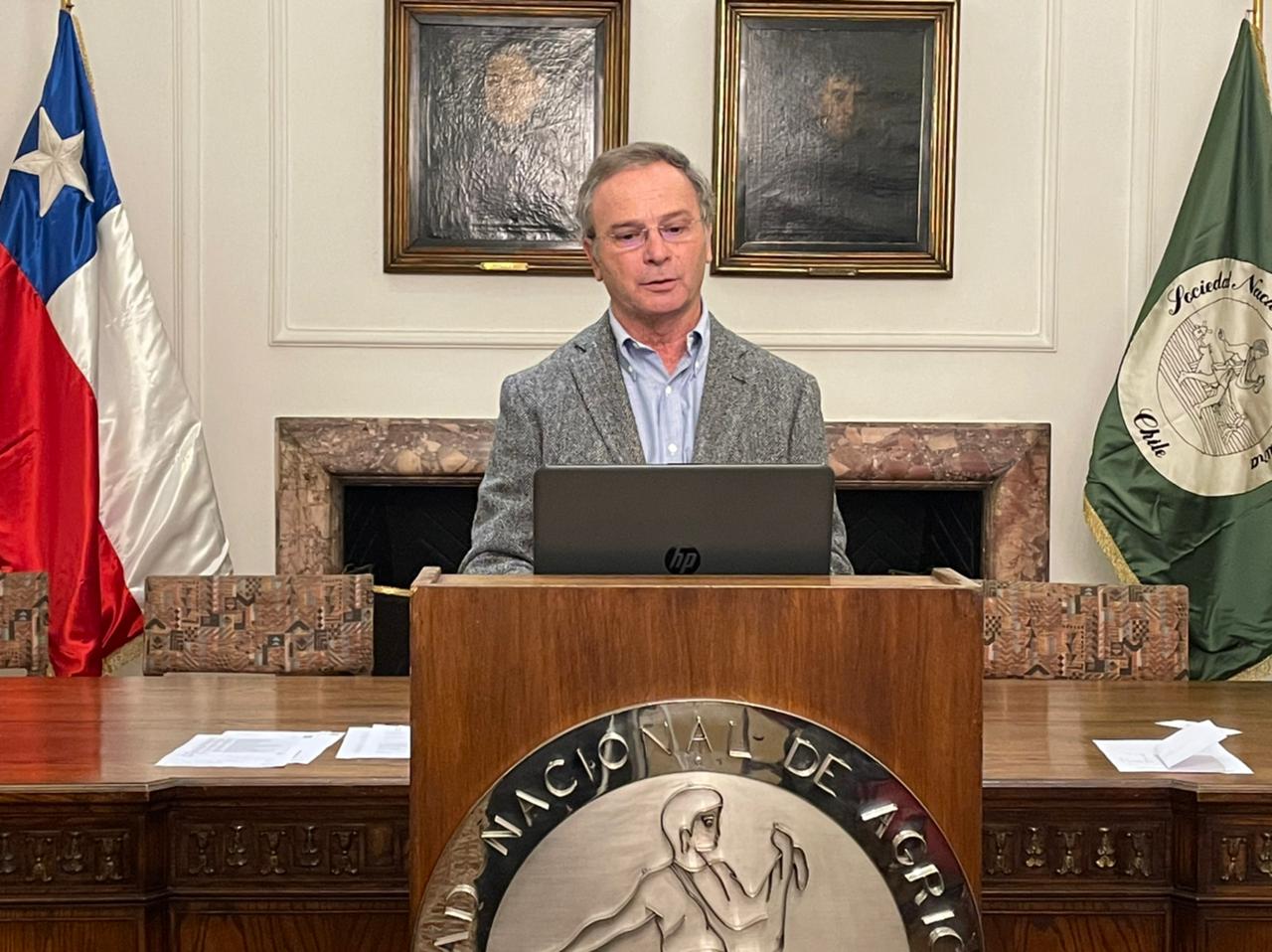 Cristián Allendes Marín has been named as the new president of the National Society of Agriculture of Chile (SNA) for the period 2021 to 2023, and will take the place of Ricardo Ariztía de Castro.

Recaredo Ossa Balmaceda was elected as first vice president and Gastón Caminondo Vidal as second vice president, according to the SNA.

Allendes said that his focus will be on four topics including water sustainability, job standardization, agricultural and native forest sustainability and integration and agri-food potential.

“The current challenge of the SNA is to modernize agricultural thinking, to respond to times of accelerated changes in uncertain environments that characterize the entire world. WE must look up and respond to people’s current concerns, such as greater inclusion, active care for the environment, the generation for more and better jobs,” Allendes said.

He emphasized that there are other challenges the country faces that concern him such as agricultural security.

“In this regard, La Araucanía is the place that worries us the most due to the absence of a real rule of law. We trust that all authorities of all areas will come together to find a solution to a problem that has dragged on for decades and from which violent persons and drug trafficking are taking advantage,” Allendes said.

The new president said that there are many issues that the sector must face so from his position he will need solid support from those who make up the union.

A campaign to “attract new partners and organizations linked to agriculture with the goal of meeting the needs of our sector together” will be implemented.

Likewise, he requested support from the board of directors, the council and the 45 unions that make up the SNA during his tenure. “I hope to have the support of all of you, to help the fields of all food producers, their collaborators and the food chain to be better every day,” he said.

Organizations’ Reactions
Various organizations have expressed their opinion of the newly appointed president including the Association of Nusery Workers of Chile AGV and the Federation of Fruit Producers of Chile (Fedefruta).

“From our area we value that his plan has set agricultural and water sustainability as a priority, as well as the importance of integration and standardization.”

“We will join with enthusiasm to push for these things together,” he said.

The Nusery Workers of Chile highlighted Allendes’s agricultural experience, being a benchmark in terms of excellence and fruit innovation, as well as in his leadership career.

The general manager of the Nusery Workers of Chile said, “we are especially happy that Carolina Cruz has joined the board of directors, with whom we have been working with and cooperating closely for years.” “Carolina is a reference for women in the area with tremendous potential and leadership, which I am sure will be a great contribution, knowing how to impress her own view on agriculture.”

“As nusery workers, we are also proud because a great representative of our area was chosen as institutional director. We congratulate Jorge Valenzuela, a member of our board of directors, who in his role as president of Fedefruta will also participate on the board of directors of the SNA,” Pichuante said.

President of Fedefruta, Jorge Valenzuela said “we support Cristián Allendes and we join the effort to advance the priorities that he announced for his tenure, such as modernizing the sector in accordance with the era and current understandings and to be attentive to citizens’ concerns such as the environment, access to better jobs and the inclusion of the rural world and its people in sustainable development”.

“Cristián is the right person to take on these challenges, and we wish him every success in this endeavor that we believe will be key for Chilean agriculture.”